Home / Accommodation / A day trip into the Big Cypress & Everglades 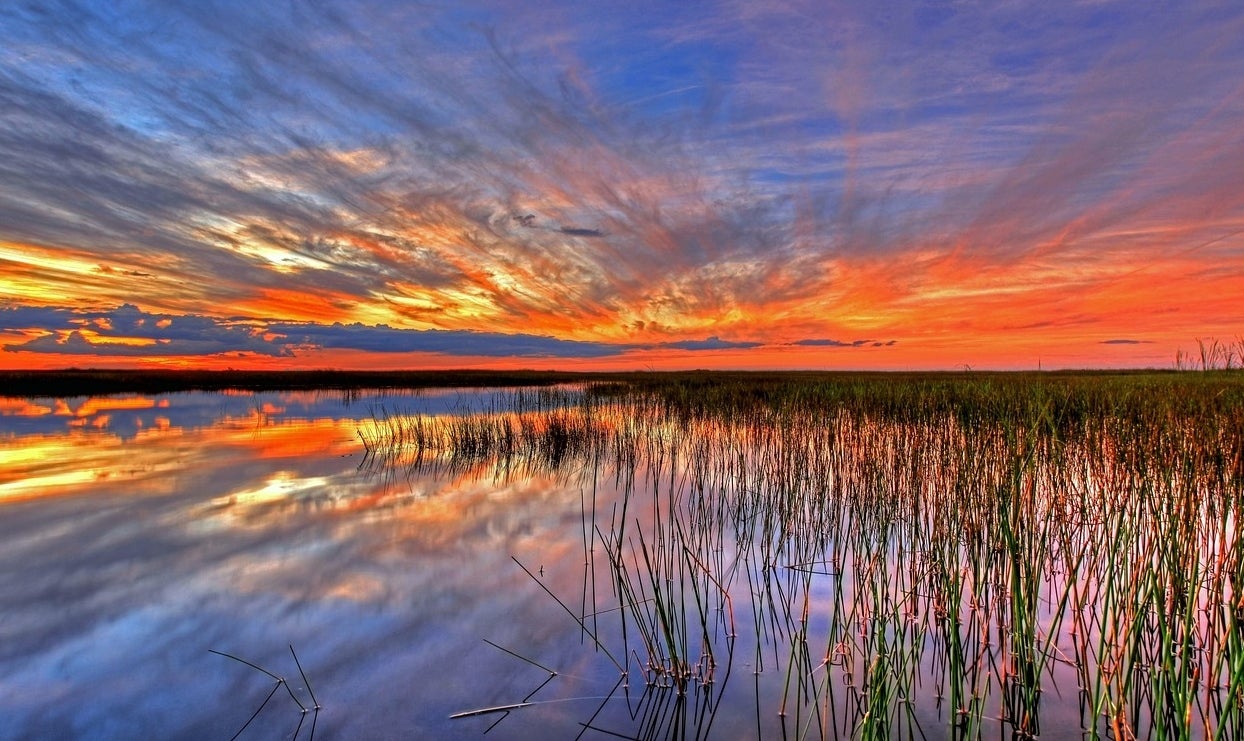 A favorite adventure of our guests is a day trip into the Big Cypress & Everglades aboard one of the special tours offered by Everglades Day Safari.

Departing daily from four locations near Fort Myers Beach (two just off the island), each excursion is a valued treasure for a lifetime. The Big Cypress Swamp, in Southwest Florida, and the larger Everglades – which fills up nearly the whole of the eastern half of the southern peninsula – are among the most beautiful places on earth and unique in all the world.

Interested in a tour suitable for younger children? The company created a shorter tour with them in mind. Kids of all ages can enjoy the Everglades on Captain Bob’s Excellent Adventure, which includes an airboat ride and an interactive reptile show. This tour is only available from the Fort Myers.

No one can deny that nature in South Florida has its own curious quirks.

Birds that dive to the bottom of a pond in search of fish, frogs that live in trees and bark like dogs just before a rain, mammals that never come out of the water – all seem like ecological conundrums.

So it happens nearly every spring that one of South Florida’s oldest trees decides to shed its leaves.

Northerners expect leaves to fall from trees in the autumn when the air is crisp and the sky is becoming a bold blue. They are sometimes perplexed to find mahogany trees dropping their leaves in the late April and early May. Get a stand of mahogany trees all shedding their leaves at the same time and the ground below them can look like a New Hampshire hillside in September.

Throw in a brief cold snap following on the heels of the last sweeping frontal system and one could swear a bizarre climate exchange had taken place; that somehow South Florida ended up in the middles of a Somewhere-Up-North autumn.

Some people think the mahogany trees are a little screwy, arboreal dyslexics that can’t properly distinguish the seasons. As a result, they think, they trees drop their leaves at the wrong time of the year.

Other people see the trees shedding their leaves in late April and think a plague of Biblical proportions has descended upon the canopy.

None of this is true.

The mahogany trees are doing exactly what genetics tells them to do: drop their leaves in the spring and re-flower immediately. A native to South Florida, the Caribbean and Central American, the mahogany was once harvested from the hardwood hammocks to make furniture. Mahogany trees were among the first to be exploited by the early white settlers of the Florida Keys during the 1820s. They not only sold the timber but also used the trees for firewood and charcoal.

The mahogany is what botanists call a “deciduous” tree, meaning it sheds its leaves at a certain time of the year.

The mahogany, being a true tropical species, sheds its leaves in the spring because the spring also signals the end of the dry season. Wet winter seasons sometimes play havoc with the mahogany’s annual leaf drop. A winter that is wetter than normal will inhibit the trees’ ability to shed their leaves and reflower.

People who think all trees in South Florida remain green year-round have another think comin’.

Several tropical hardwoods – Jamaica dogwood, for example, gumbo limbo, pond apple and wild tamarind – will drop their leaves gradually during the winter. The rate at which their leaves drop depends on the dryness of any particular winter. They will usually begin to flower and grow new leaves by April.

But the good ol’ mahogany sticks right to its well-defined schedule. Within a period of three to four weeks each spring, the mahogany has completely shed its canopy and is growing new shoots and sprints of tiny red-tinged leaves.

So the next time some Northerner express dismay over a shedding mahogany, just tell them the tree is nature’s way of reminding South Floridians what autumn is like Up North.