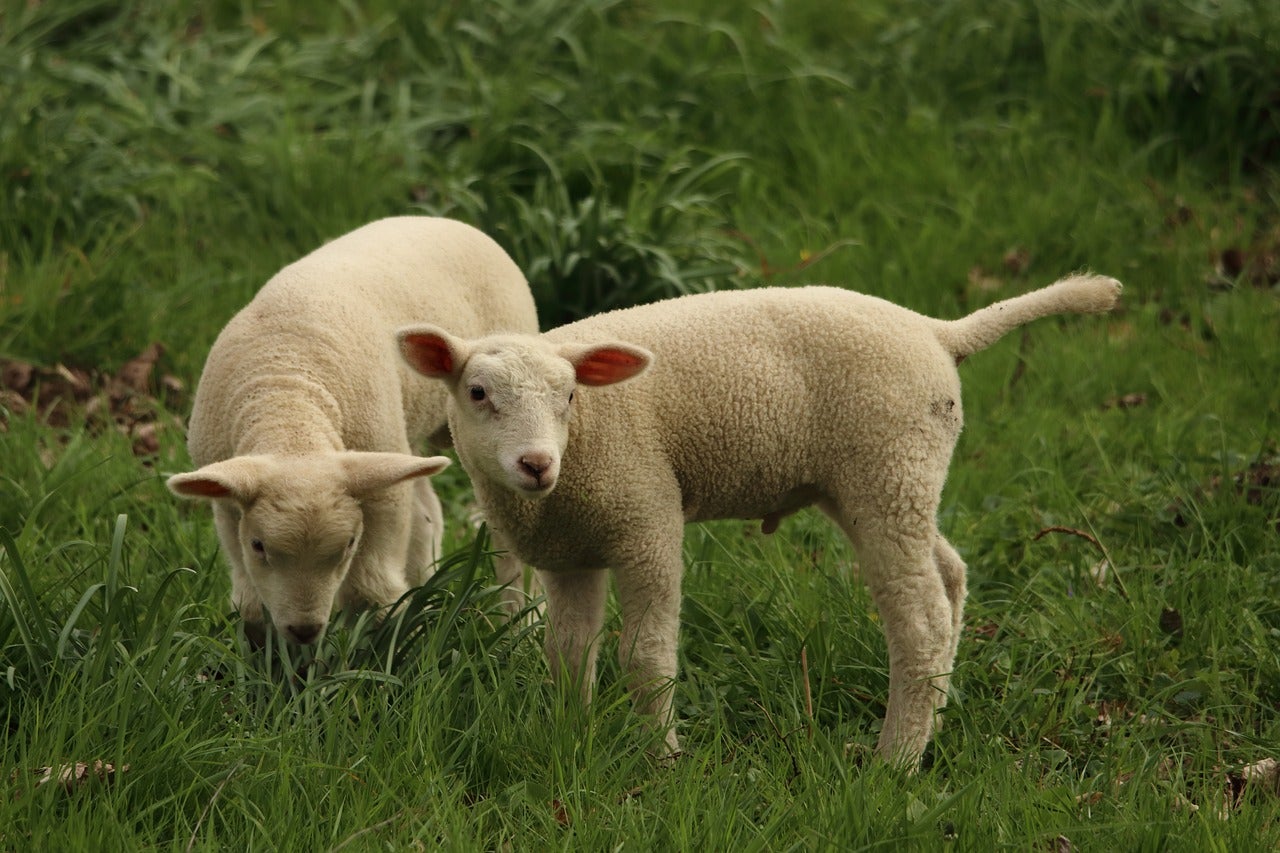 From all of us here at Sun Palace Vacation Homes at this exception moment on the calendar we wish for all our Christian and Jewish friends the very best Easter blessings and chag kasher v’same’ac, חַג כָּשֵׁר וְשָׂמֵח.

We remember and celebrate the symbol of the lamb and what it offers us for hope, for new life, for a future of liberation and freedom from oppression of any kind.

A toddler watched with wonder as her father crumpled acacia seed pods in his hand and tossed them into the evening sky.

She had never seen something that was so obviously one piece be suddenly transformed into many pieces and cast to the wind. It must be magic.

The silly Muscovy ducks saw the magic, too, and thinking the crushed seed pods food came running in their greediest waddle. They poked and pecked at the crushed pods only to realize the frustrating truth that acacia pods are not their preferred supper.

The seed pods of acacia trees are food to the exotic Brazilian parakeets that found a home and started a colony nearby. They chatter incessantly as they dart from branch to branch, removing the seeds from the pods and feasting joyously.

It is one of the many rituals of spring in South Florida. People who think the season never changes here just aren’t payin’ attention.

The bright red bottlebrush blooms, the scent of gardenias and jasmine, the fiery orange of the Poinciana and butterflies transfigured from caterpillars are all part of South Florida spring.

The sun becomes suddenly much warmer as it crosses the Tropic of Cancer on its annual march north to bring spring to colder climates. The water warms from its wintry chill.

There are once again massive thunderheads building over the peninsula’s interior. Fed by the Gulf of Mexico’s moisture and carried on the afternoon sea breeze they build to the point of explosion and rain heavily on the swamps and savannas parched by winter’s drought.

In South Florida, like most regions, spring is the time of rebirth and renewal. Spring is magic just like the single seed pods crushed into many seeds.

Is it simply an accident of the calendar or is there something larger that leads all the world’s great religions to holy days in the spring? Easter and Passover are certainly linked by the calendar – and events – and Passover’s date is a matter of history. But spring is also the time when the world’s Muslims make their annual pilgrimage to their most important shrine in Mecca. Hindus hold their biggest festival in the spring.

Legend has it the branches of the acacia tree were fashioned into the crown of thorns worn by the Christ on the cross. His death and resurrection are linked both in faith and mysticism to the rebirth of spring.

The English word, “spring,” means both a season and the bubbling up from the land of new, life-giving water. It comes from an old Indo-European word and means to “bring forth” new life and is linked to the word, “rising.”

The ancient North Americans, who lived here centuries before Europeans arrived, believed the world was created in the spring.

An island floating on water, they believed the earth was suspended from the sky by cords at each of the same four cardinal points to which we now refer on a compass.

The sun was brought by the animals who arrived on this new earth when it was still dark. Hung in the sky by conjurers, it was hung so low that it was too hot. More conjurers were brought to move the sun until it was hanging seven hand-breadths from the earth, just under the sky. At that place, they reasoned, its warmth was just right for spring flowers and plants.

They also believed there was another world under this one. The other world was exactly like this one except the seasons were opposite. The pathways to the other world were the rivers and streams that flowed from their mountains. They knew the seasons were different because the springs from which the water flowed were always colder in the summer and warmer in the winter than the outside air.

Maybe to some eyes the seasons never change in South Florida. To eyes that are open the spring is yet one more reason to cherish this paradise.