Home / Activities / Ice in Florida! (And a lot of hockey!) 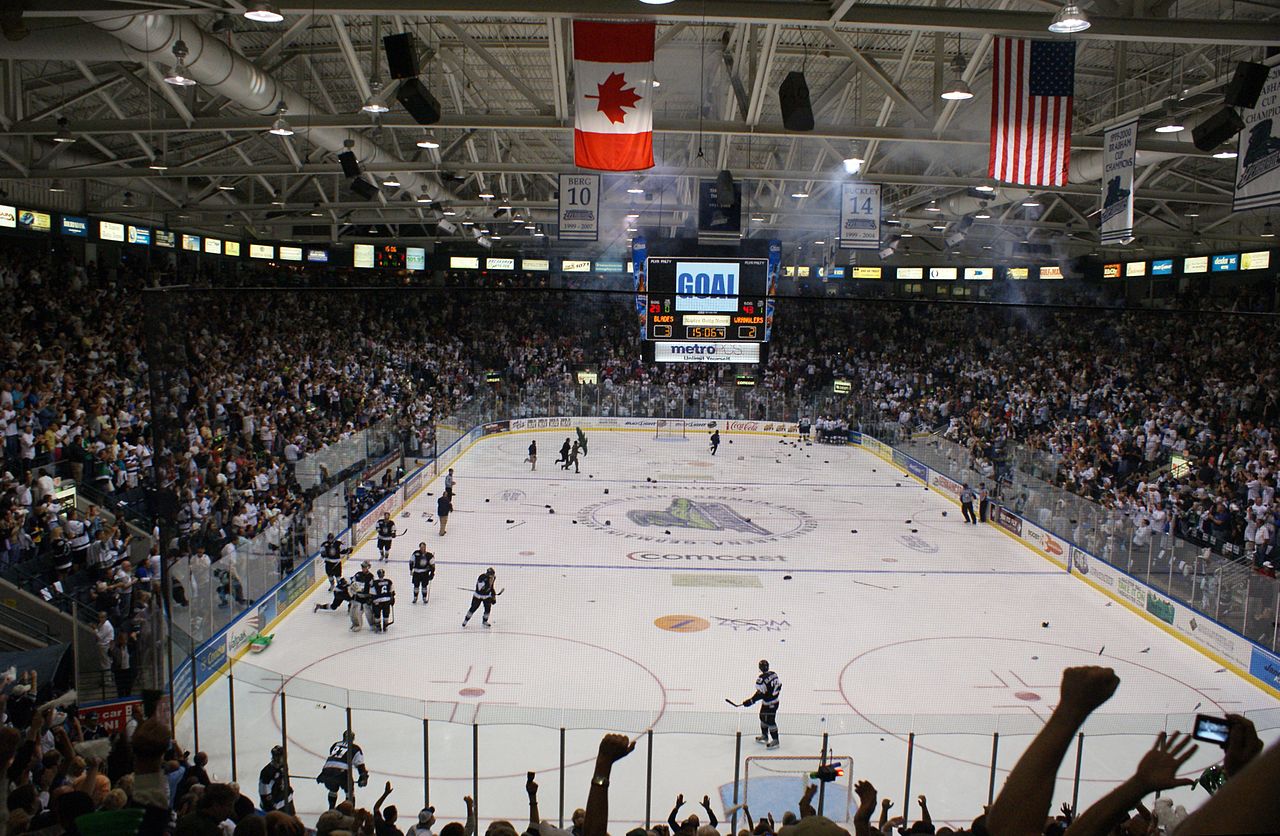 Ice in Florida! (And a lot of hockey!)

Yes, we know April Fool’s Day has come and gone and, no, the weather in the Sunshine State didn’t suddenly go berserk.

We’re coming up on playoff season for the Florida Everblades, Southwest Florida’s own championship East Coast Hockey League (ECHL) team and one of the biggest entertainment draws in the region for nearly all the team’s 18-year history. In fact, the Everblades have finished in the top 5 in league attendance 14 out of all 18 seasons.

And, yes, once again the Everblades are headed to the playoffs of the ECHL facing – yet again – in-state rival Orlando Solar Bears. The Blades knocked the Orlando team out of the playoffs two years ago and smothered the Bears 10-0 in this year’s regular season finale. Based at Germain Arena, only a short distance from our beautiful beach vacation homes, all levels of hockey fans enjoy the fast-paced action of the ECHL and the Florida Everblades. Check our homes’ availability.

The ECHL playoffs kick off April 12 at Germain Arena as the Solar Bears come in to face the ‘Blades. The second game of the playoffs is set for April 14, again at Germain Arena. Tickets are available here.

The competition moves to Orlando for games 3, 4 & 5 and back to Southwest Florida and Germain Arena for games 6 and 7, if necessary, on April 25th and 26th.

The Everblades are perennial playoff contenders making at least the first round every year except one. The team went all the way in 2012, winning the ECHL Championship and the Kelly Cup. Since its inception the Everblades team has been a farm club of the  Carolina Hurricanes of the National Hockey League (NHL) and the Charlotte Checkers of the American Hockey League (AHL).

While Everglades fans have always been enthusiastic about hockey in Florida, one famous incident stands out in the club’s history.

While the actual details of the famous 2005 ECHL playoff brawl remain sketchy and left mostly to the memories of fans, Wikipedia reports it like this:

With the Everblades hosting the Greenville Grrrowl on April 22, 2005, for the first game of the American Conference semifinals, the teams engaged in a third-period line brawl that would see both teams combine for 197 minutes in penalties.

The brawl stemmed from previous incidents throughout the game. Prior to the brawl, Everblades forward Greg Hornby checked Greenville’s Vladimir Gusev hard into the boards behind the net, causing Gusev to leave the game injured. As a result, the pace of the game, as well as checking, would pick up.

With the Blades up 4-1 with under six minutes to play in the third period, Greenville pest Krys Barch screened the net during a Greenville shooting attempt. Everblades defenceman Tim O’Connell checked Barch from behind numerous times, hoping to clear him from in front of the net. Barch, having been fed up with being pressured, turned around, attempting to sucker-punch O’Connell. Instead, O’Connell quickly skated away from the crease before Barch turned around. Barch ended up punching Everblades goalie Tyler MacKay. O’Connell then jumped on top of Barch, and all the players on the ice dropped the gloves for a wild line brawl that saw Florida goalie MacKay and others getting ejected for fighting.

After the mayhem, Craig Kowalski took MacKay’s place as netminder. Shortly thereafter, the Everblades’ Simon Tremblay fought Greenville’s Adam Nightingale as the last fight of the evening. The Everblades went on to win the game, 4-1, and eventually to sweep the series, three games to none. Barch was assessed a one-game suspension for his role in the brawl.[5]

Game two featured no fights and the Everblades won in overtime, 3-2.