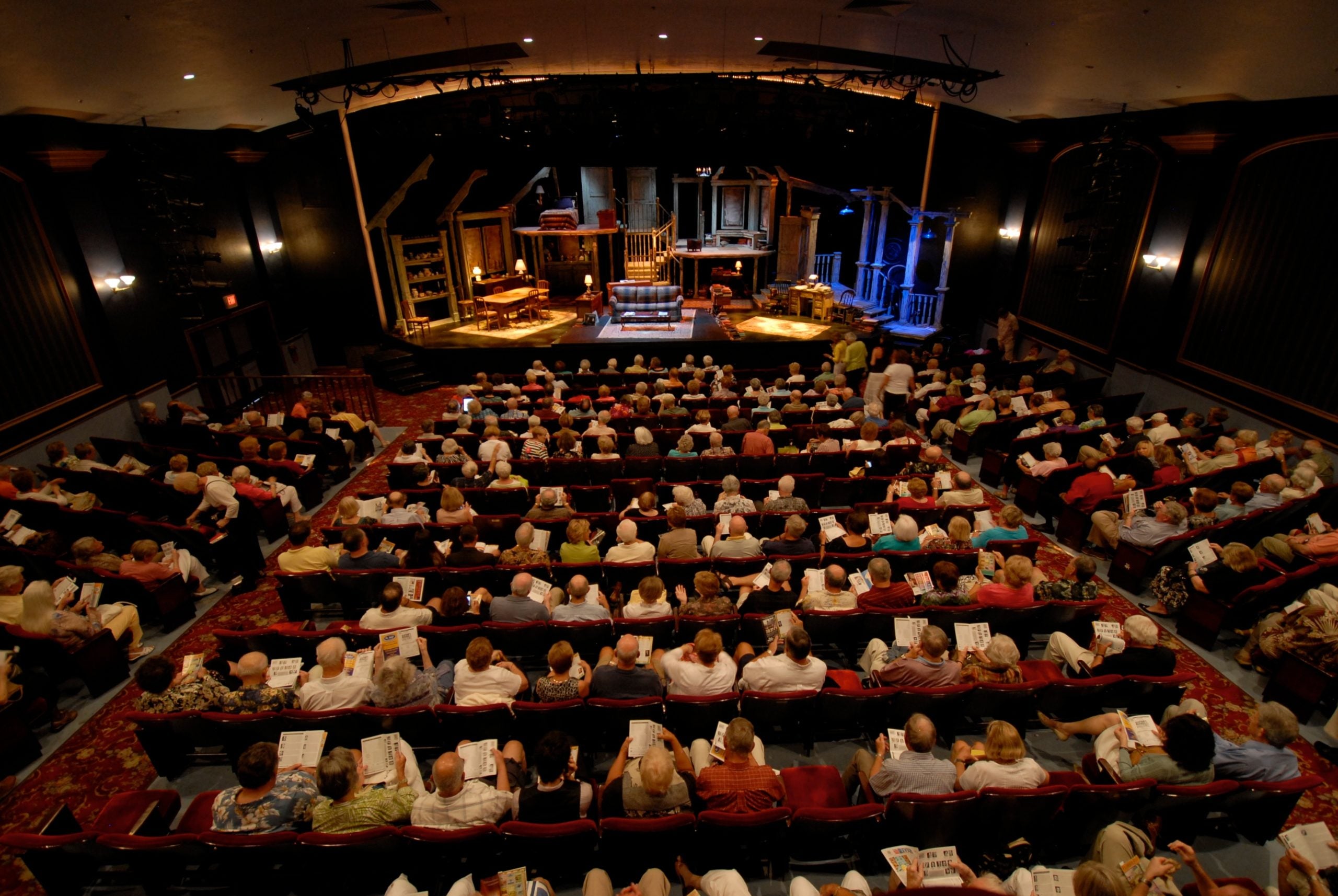 Florida Repertory Theatre has filled its 20th anniversary season with something for everyone.

The professional theater company brings more than 87,000 people to the Fort Myers River District annually throughout its September to May season. It is just 15 miles from Fort Myers Beach and surrounded by a wide variety of restaurants and shops.

Sylvia, based on the book by A.R. Gurney, is a revival of Florida Rep’s biggest hit, being brought back by popular demand. When empty nesters, Greg and Kate, find themselves at a crossroads – his career winding down and hers ramping up – they move to Manhattan to escape the suburbs. Kate thinks the dog phase of her life is over, but when Greg brings a street-smart labradoodle named Sylvia into their home, all bets are off. Sylvia quickly becomes a bone of contention, testing their marriage to hilarious and touching effect.

The theater is also presenting the world premiere of George Washington’s Teeth by Mark St. Germain, author of “Best of Enemies” and “Camping with Henry and Tom.” This hilarious comedy follows the exploits of the women of the beleaguered New Bunion Historical Society as they battle the male city council to keep the doors open.

Florida Rep is housed in a charming building constructed in 1908. Originally used as a Vaudeville house, this was the very auditorium where Fort Myers resident Thomas Edison saw his first films, along with his friends Henry Ford and Harvey Firestone.

The Arcade eventually became a movie house but by 1989 had fallen into severe disrepair. The City of Fort Myers and famed ballet and film star Mikhail Baryshnikov organized a benefit in 1991 to restore the historic building. It became the permanent home of the Florida Repertory Theatre in 1998.

Florida Rep is located at 2268 Bay Street in Fort Myers. Find more information and purchase tickets on the Florida Rep website or call their Box Office at 239-332-4488.

Motivated to book your vacation around a particular show? Check out our 90 properties.