Home / Activities / How Fort Myers Got Its Name 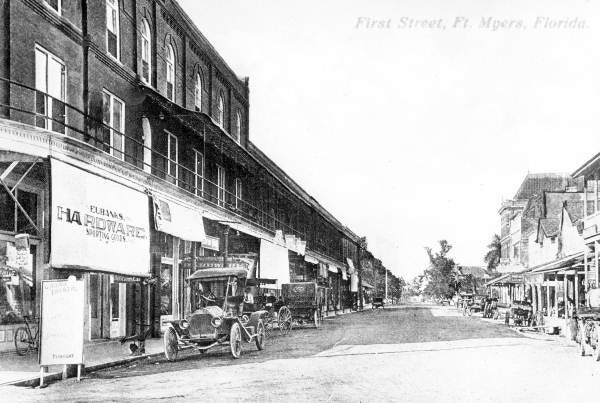 Fort Myers: Talk about a wedding gift! How about having a fort named after you?

In 1850, General David. E. Twiggs was commander of Fort Brooke in Tampa when he was put in charge of a fort on the Caloosahatchee River in Southwest Florida.

Working under him was Abraham Charles Myers, who was born in Georgetown, South Carolina, in 1811. He was a descendant of Rabbi Moses Cohen, who came to Charleston, South Carolina, from London and was the town’s first rabbi. His father was a lawyer.

Myers graduated from West Point in 1833 and, during the Seminole Wars, served as an Assistant Quartermaster. He also served in the Mexican-American War, becoming Chief Quartermaster of troops in Mexico and earning the appointment of Brevet Lieutenant Colonel.

During the Civil War, Myers was appointed Quartermaster General of the Confederate States Army with the rank of Colonel.

Marion Twiggs, the general’s daughter, fell in love with Myers. As an engagement gift, Gen. Twiggs named the fort for Myers. The couple married in 1853 when she was 15 and he was 42. Records show, however, that Col. Myers never visited the fort named after him!

The fort and its important location

The southernmost battle of the Civil War took place across the river from the fort in 1865.

The fort was disassembled and some of the wood used to erect some of the first buildings in downtown Fort Myers.

After the Civil War

After the government abandoned the fort following the Civil War, the town of Fort Myers began to take shape.

The town was founded by Captain Manuel A. Gonzalez on February 21, 1866. Capt. Gonzalez had delivered mail and supplies to the Union Army at the fort during the Seminole Indian Wars and Civil War.

He, his wife Evalina and their daughter Mary were the first residents along with Joseph and Christianna Vivas.

In 1881, Hamilton Disston of Philadelphia began dredging and draining the Everglades, connecting Lake Okeechobee with the Caloosahatchee River. This allowed steamboats to run from the Gulf of Mexico to Lake Okeechobee and up the Kissimmee River

Thomas Edison visited Fort Myers that year and bought 13 acres along the Caloosahatchee River. His lodge was completed in 1886. He and his wife, Mina, enjoyed wintering here.

The Royal Palm Hotel was opened in 1898, and the Atlantic Railroad connected Fort Myers to Punta Gorda in 1904, bringing passenger and freight traffic.

In 1908, the Arcade Theater was built in what is now home to the Florida Repertory Theatre.

The Tamiami Trail officially opened on April 25, 1928, linking Fort Myers to Tampa and Miami, adding to the area’s growth.

Take a walking tour of downtown Fort Myers. You will see Victorian homes with verandahs and widow’s walks, Neo-Classical Revival-style buildings, and other historical and architectural structures. Downloadable maps are at the link.

Request Your Fort Myers Beach Vacation Guide from us to learn about other fun activities in our area.