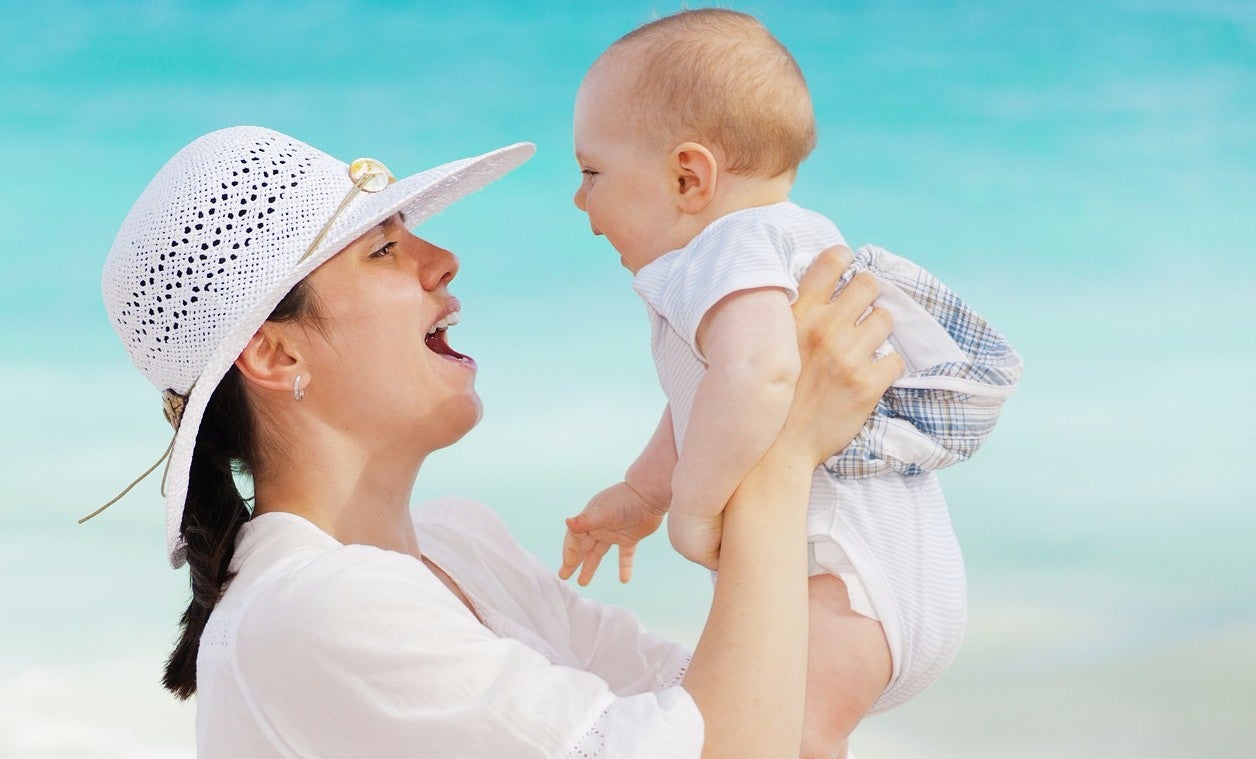 There is no better way to celebrate those special women in one’s life than to spend Mother’s Day at the beach!

Imagine the soft and warm May sun, the gentle lapping waves against the fleecy sand; families gathered to picnic and play in the tepid breeze.

And, of course, we think Fort Myers Beach offers the best family gathering spot in all of Florida.

Check our available homes for next week – Mother’s Day week – or the week you want to visit and join us for vacation! Order our free Vacation Guide to learn more about all the activities in Southwest Florida! Treat your mom or that special lady in your life to a luxurious and peaceful beach vacation in beautiful Southwest Florida.

And while we celebrate moms in particular on May 7 we also celebrate women and the unequaled contributions they make – large and small – toward making everyone’s life better and the world a better place.

It’s no secret women often get the upper hand on men – and for a variety of reasons, really.

There’s an old tale told on Fort Myers Beach which illustrates the point:

The old man sat at the edge of the dock in the growing light of early dawn, his feet dangling in the cool bayou, his cane fishin’ pole wedged between the dock slats.

A wet fog hung maybe 40 feet overhead casting an eerie glow over the pine trees across the way.

“There,” whispered the old woman as approached from behind. “Did you see it?”

“Out there,” said the old woman, “Toward the mouth of the bayou. You didn’t see that?”

“You didn’t see that strange shape break the surface out there?”

“It was probably just a manatee,” said the old man. “Maybe a mullet or an anhinga divin’ for a fish.” “It wasn’t none of those things,” said the woman. “I’ve never seen anything like it before. It was hideous.”

“You’re off your rocker,” said the old man. “Whadya put in your coffee this mornin’?”

“It ain’t the coffee and it ain’t nothin’ I didn’t see,” said the old woman. “I’m tellin’ you, there’s something strange out there and I don’t like it.”

“You ain’t caught nothin’ the whole time you’ve been out here,” shot back the old woman. “You probably don’t even have any bait. I’m tellin’ you there’s somethin’ out there.”

“Maybe that’s why there ain’t no fish this mornin’,” said the old man, feeling the slightest bit of creeping fear rush up his spin. “I ain’t had nearly a single bite.”

“Well, you know,” said the old woman. “There is that old legend ‘bout these waters.”

“What old legend?” asked the old man, not knowing for sure if he wanted to know.

“The old legend of the monster that lives around here,” said the old woman. “The ancients called it the Utkena monster, ‘the keeneyed’.

“They say the monster is like a great snake, as large around as a tree truck with horns on its head and a bright, blazing crest like a diamond on its forehead. Its scales glitter like sparks of fire. It has rings of color along its whole length and can’t be wounded except by shooting it on the seventh ring from its head,” explained the old woman.

“That sure don’t’ sound like somethin’ I’d like to run into,” said the old man, unconsciously removing his dangling feet from the water and slowly reeling in his line.

The sun was now beginning to burn away the fog and the old man suddenly felt a warm glow on the back of his neck. He said nothing at first but as it became more intense he grew more concerned.

“You feel any heat on the back of your neck?” he asked the old woman, keeping his eyes peeled on the smooth water.

“You think it could be the Utkena monster?” asked the old man, his hands now visibly shaking.

“If it is don’t look at it,” said the old woman. “Just jump up and run back up to the house.

With that the old woman took an oar resting on the edge of the dock and slapped it loudly on the water.

The old man jumped two feet off the dock and dashed toward the house with a speed the old woman hadn’t seen in years.

The old woman leaned against a dock piling, crumpled over in laughter, clutching a small mirror in her hand.