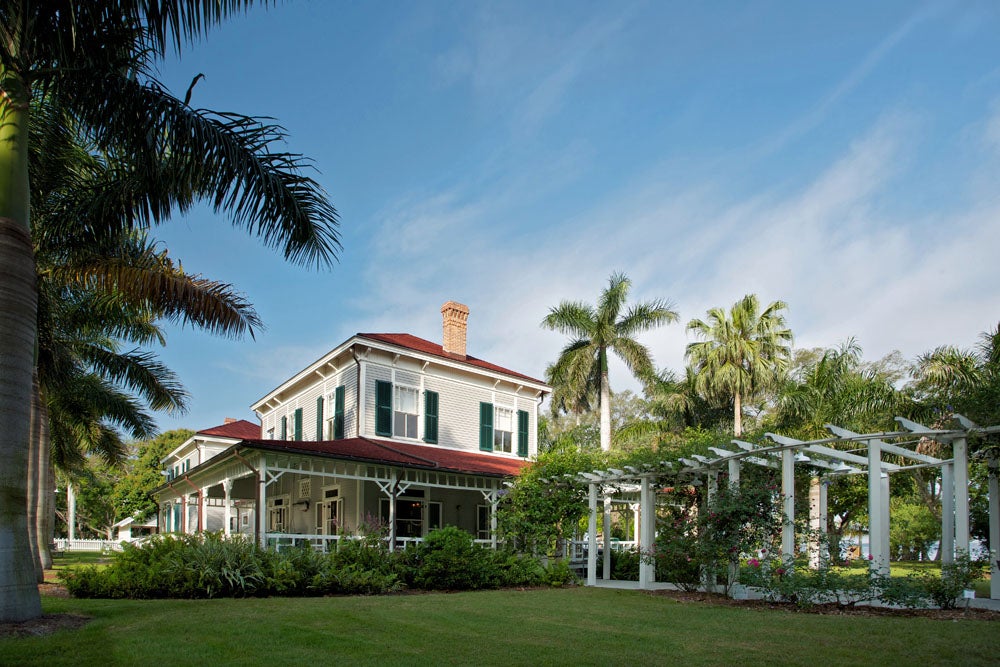 Thomas Alva Edison had a bright idea: spend the winters in Fort Myers.

Edison was, of course, known for having pretty good ideas and one of his best might have been to escape the cold New Jersey winter and seek solace in these lush and beautiful sub-tropical climes. It was as if a light bulb suddenly went on one day in 1885 when Edison, along with his wife, Mina, found themselves on the banks of the wide and clear Caloosahatchee River and discovered property for sale.

The Edison home was completed in 1886 and named, “Seminole Lodge.”

By 1916, Edison’s closest friend, a car guy named Henry Ford, was wintering next door in a classic craftsman style bungalow he named, “The Mangoes.”

The rest, as one might say, is history and today the 20-acre Edison and Ford Estates are among the most popular museums and destinations for tourists in Southwest Florida and residents alike. Just under 350 people called Fort Myers home when Edison discovered his winter refuge.

Just a few short miles from Fort Myers Beach, the Estates museums and gardens are an easy reach from any of our luxurious beach vacation homes.

The Edison and Ford Winter Estates are open seven days a week from from 9 a.m. to 5:30 pm and tours are available in a number of prices ranges, formats and intensity levels. Guided and Self Guided Tours with Audio Wands  are available in English, German, Spanish and French). Service animals are the only animals permitted on property and wheel chairs are available on a first come, first served basis. The properties are ADA accessible with parking located at Edison Ford entrance. Bus & RV parking is also available.

Some of the tours include the Complete Estates Audio Tours, a Historian’s Tour, a Museum and Laboratory Tour and others.

Edison Ford Guidebooks are available with ticket purchase for additional $3.00 with site maps in English, German, French, Spanish, and Chinese.

The Estates’ botanical gardens, begun by Mina Edison, include over 1,000 varieties of plants from all over the globe including African Sausage Trees and a 400-foot banyan tree planted in the mid-1920s, along with roses, orchids and bromeliads.

After his death in 1931, Mina Edison continued winter sojourns to the Seminole Lodge and in 1947 deeded the property to the City of Fort Myers for its preservation. She died later that year.

Today the Estates complex is owned and managed by a non-profit corporation.

Among the most interesting destinations on the Estates property is Edison’s rubber lab.

During World War I, Edison began working – with Ford and another dear friend and frequent visitors Harvey Firestone – on ways to produce rubber from plants grown by U.S. growers.

In the years that followed Edison, Ford and Firestone tested over 17,000 plants and eventually discovered rubber could be produced from goldenrod.